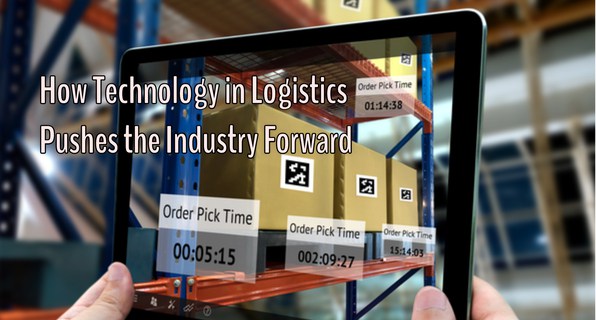 Supply chain logistics providers made significant changes in standard operations in 2016. From ditching age-old tactics of shipping products now, to advancing the capabilities of augmented reality in logistics, our logistics trends highlighted expected improvements in the supply chain, many of which came true.  While our initial predictions were somewhat concise, this update shows how incredibly far these entities have come.

2016 was a year of major improvements in sustainability measures for logistics providers. The Center for Retail Compliance reports more companies are turning to enhanced operations to reduce transport costs and inefficiencies wherever possible, which include the following:

The Internet of Things

The world’s biggest container ships are about to come online, explains Finbarr Bermingham of Global Trade Review, and more than 1 million free container slots are readily available. This may seem like an opportune time for logistics providers, but it hints at the successes of another trend seen in 2016, greater use of the Internet of Things (IoT). In fact, estimated spending on IoT-based technologies will exceed $20 billion by 2020, up from approximately $7 billion in 2016, asserts Andrew Meola of Business Insider. So, you must think about the reasons IoT spending increased in 2016.

IoT-based logistics operations had two primary goals, including improving visibility and eliminating actions that could be automated. In the supply chain, IoT-enabled devices have managed to open a door to profound possibilities for a strong start to 2017, including addressing driver shortages, meeting increasing government regulations and delivering products within Amazonesque time frames. However, supply chain executives must understand what’s driving this surge in IoT investing.

Essentially, the usefulness of the IoT grew even more important and necessary to meet these demands, asserts Scott Dulman of Supply and Demand Chain Executive. But, up to 24 percent of companies remain in the dark about how IoT works in the supply chain, reports Supply Chain 24/7. So, 76 percent of companies made progress in 2016, but chances are good that a company you know of is still struggling to understand how the IoT works on a fundamental level.

Augmented Reality in Logistics Found Fame Among Consumers, Driving Its Costs Down.

Augmented reality in logistics gave consumers the chance to see other settings without ever leaving their homes, and it is already being used to review products prior to purchase in greater detail than before. However, the application of augmented reality in logistics did not get as much attention in 2016 as expected. Instead, the technology grew more advanced and better able to manage multiple processes. Much like other electronics, it was left waiting until consumer demand helped to drive its costs down, and that finally happened with the 2016 holiday shopping season.

For companies that did implement augmented reality solutions, including using the technology to assemble products, the benefits were striking. Workers using headsets could complete tasks 30-percent faster and up to 300-percent more accurately than a comparable worker with traditional training.

Essentially, 2016 was a year for testing, and the results were positive. Thus, more companies are devoting time and resources to creating applications to manage and implement augmented reality in the coming year, explains Jules Besnainou of Clean Tech. Meanwhile, the cost savings possible in transport through augmented reality in logistics are becoming more clear. Companies will soon be able to tag, code and manage the freight handling process more efficiently and with fewer touch points, but that notion, as explained by David Kiger, is still a way from being implemented on large-scale operations.

Logistics industry trends in 2016 reflected global drives to improve efficiency and meet increasing consumer and business-to-business demands. However, there is still much to be unveiled about how the supply chain logistics entities evolved this past year, and the next post will look at how collaborations and partnerships grew, why reshoring is becoming more important, especially following the election and how expanded services among third-party logistics providers (3PLs) changed what it meant to outsource operations.